Colombia: lessons to be learned about ‘Justice and Peace’ 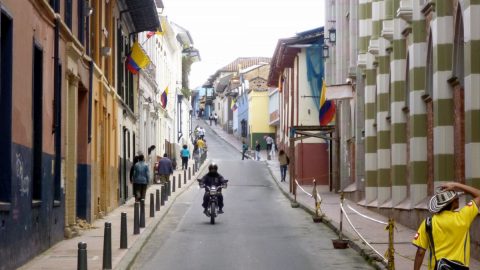 This article appeared in different form on The Conversation

On 23 June, Colombia signed a historic ceasefire that leads the way for the long awaited peace agreement between the government and the country’s main guerrilla group, the FARC (although it still has to be approved by the Colombian population). The ELN has finally also joined peace talks with the government. This forthcoming peace agreement includes a transitional justice process, aiming to achieve a lasting democracy through truth-seeking about the conflict and its causes, restorative and retributive justice for the perpetrators, reparations for the survivors and guarantees of non-repetition to prevent renewed conflict. One of the deal’s strengths is that it enshrines survivors’ rights to both truth and reparations. This means that all armed groups will need to commit to telling the complete truth in order to be eligible for reduced alternative sentences, in what some consider a controversial restorative justice process.

Former president Alvaro Uribe has been one of the fiercest opponents of the peace process. But Uribe himself instigated a very similar demobilisation process 10 years ago, which can teach Colombia several lessons about how (not) to establish ‘peace’. This Justice and Peace Law – quite an ironical name, as the process did not manage to establish either – started in 2005 and involved the demobilisation and reintegration of Colombia’s right-wing paramilitary groups. Amnesties were given to those involved in all but the most serious crimes, while perpetrators of serious crimes received reduced prison sentences of five to eight years if they participated in special judicial proceedings focused on truth-seeking and reparations.

The process revolved around versiones libres, hearings in which the demobilised paramilitaries were given the opportunity to speak freely about their participation in paramilitary actions, followed by a second hearing involving interrogation by both victims and the Justice and Peace prosecutors. The process was therefore formally centred on ‘truth’, just like the process that is being proposed now. Paramilitaries were supposed to confess all the crimes they had committed. If the perpetrators were found to have given incomplete evidence, they would be given full prison sentences. For those who received amnesties, reintegration programmes were set up.

But over a decade after its start, the process is still grinding on. With only three tribunals and insufficient financial and human resources to deal with the innumerable serious crimes committed by approximately 30,000 paramilitaries, the number of sentences has been minimal and progress extremely slow. Worse still, the ‘truth’ obtained through the versiones libres has been only partial, thanks to inadequate questioning by insufficiently trained prosecutors. Information about those financing or benefitting from paramilitary crimes – particularly massive forced displacements and land-grabs – has been largely absent from this ‘truth’. Few illegally obtained assets have been recovered.

While victim participation was meant to be a principal aspect of the Justice and Peace Law, the process was critiqued for allowing the paramilitaries to be its real protagonists. This is mainly due to financial obstacles. For many of the people I worked with, who survived paramilitary violence and often lost relatives, it has been hard or impossible to physically participate in the process. Travelling to Barranquilla for hearings that take up to several days is simply unaffordable for most internally displaced people, many of whom live in great poverty. Faith in justice is therefore low, as people consider that justice is out of reach for poor people. Fear also plays a role, especially in regions where armed groups continue to exist. Many of these new criminal groups, the so-called ‘Bacrim’ (short for bandas criminales), are made up of demobilised paramilitaries who continue to commit similar crimes under new names.

Making things even worse was the Uribe administration’s 2008 decision to extradite 14 paramilitary leaders to the US on charges of drug trafficking. This move infuriated not only the paramilitary but also Colombia’s justice system, which felt that drug charges shouldn’t weigh heavier than crimes against humanity. Although the government insisted that proceedings could be continued, the process taking place in the US makes survivors’ participation virtually impossible, while the relationship between the sentences reached in the US and the reduced sentences to which the defendants would be subjected in Colombia are still unclear.

Contrary to the peace process’s focus on amnesties, the people I have worked with only began to feel truly safe once the paramilitaries who had terrorised them were arrested. They stress the need for the perpetrators to pay for their crimes – if not through justice, then at least through reparations to the victims. For them, true reparations would mean that the state recognises the truth about who displaced them and who provided support, ensuring those people paid for what they did and guaranteeing that the crimes will not be committed again. The Justice and Peace process was clearly not able to live up to these expectations.

The Justice and Peace process therefore gives us insight into the cost and complexity of such a large-scale demobilisation and justice process. Handling thousands of complicated and serious cases – even in a restorative justice process – requires an immense budget. Otherwise the process might take so long that it ends up undermining public and survivors’ trust in the state’s ability to deliver truth and justice.

Although public employees are quick to point out that the upcoming ‘peace jurisdiction’ will be a long-term process, the question is whether survivors, many of whom already waiting for decades for some form of justice to be done, are willing to wait this long. Both fundraising and expectation management will therefore be important challenges for the Colombian government in the coming months. Moreover, combatants must be disarmed for good and effectively reintegrated into society and given chances to develop new life projects, otherwise the risk of them joining new illegal armed groups is high. If the peace process doesn’t treat the victims and survivors with the care they need and deserve, Colombia’s hard-won peace may end up confined to paper. Sanne Weber is a PhD candidate and Research Assistant at the Centre for Trust, Peace and Social Relations (Coventry University). She is particularly interested in analysing how conflict affects gender relations, and whether and how transitional justice mechanisms are capable of addressing and transforming gendered and other structural inequalities.

She has just finished fieldwork in Colombia, analysing the gendered dynamics of Colombia’s land restitution and reparation process. For conSentido, she writes about transitional justice in Colombia.